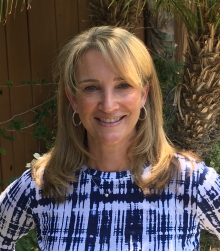 Amy grew up in upstate New York.  She graduated from Emory University and then moved to Connecticut where she spent 3 years at GE Capital.  Amy met her husband Ira and moved to Los Angeles in 1991.

She currently lives in North Hollywood where her family is affiliated with Shaarey Tzedek and Beis Tefilah. She and her husband have five children. Amy is very actively involved in her kids’ schools. She has served on the boards of Emek Hebrew Academy and Valley Torah and she has been the co-president of the Emek PTA for 16 years.