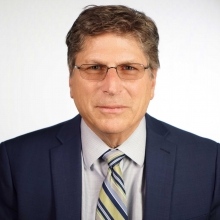 Marc, a native of Los Angeles, initially attended Hillel Hebrew Academy but switched to the public school system in the fourth grade. He is a graduate of the Beth Am Talmud Torah and Los Angeles Hebrew High. After spending his 10th grade in Israel, Marc became active in NCSY and served as its regional president. His all-time favorite job was head counselor at Camp NCSY for the four years of the camp’s existence on the West Coast. He still wishes that he could return to camp as a “camp lawyer;” however the demand has not been great.

Marc, a trial lawyer and mediator, is married to Lynn, an English teacher at Hillel and Maimonides. They have three daughters and eight grandchildren. Adena is a celebrity stylist; Danielle works in Jewish Community in Dallas, and Tamar, who made aliyah, teaches English on the Israeli air force base where she lives.