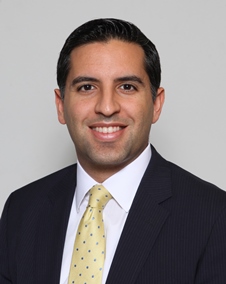 In 2007, Sam co-founded 30 Years After, a grassroots civic organization that has engaged thousands of Iranian-American Jews in American civic and Jewish life.  In addition to BJE, Sam currently serves on the Board of Directors of the Jewish Community Foundation, Bet Tzedek Legal Services, and ETTA. Sam has also held leadership positions with the Jewish Federation, AIPAC, Bend the Arc (formerly the Progressive Jewish Alliance), the Anti-Defamation League, and both USC and UCLA Hillel.  He is also a graduate of the Wexner Heritage Program.  In October 2010, then Los Angeles Mayor Antonio Villaraigosa appointed Sam to the Board of Civil Service Commissioners, a position he held until May 2014. In 2013, Sam served on the Transition Team and Gun Violence Prevention Task Force for Los Angeles City Attorney Mike Feuer.

At the age of one, Sam and his family fled Iran as refugees to the United States. He graduated from Yale University with a bachelor’s degree in political science, and received his law degree from the USC School of Law.  Sam and his wife reside in Westwood with their three children.