“Good Is Our Portion”: A Reflection on Yom HaAtzmaut 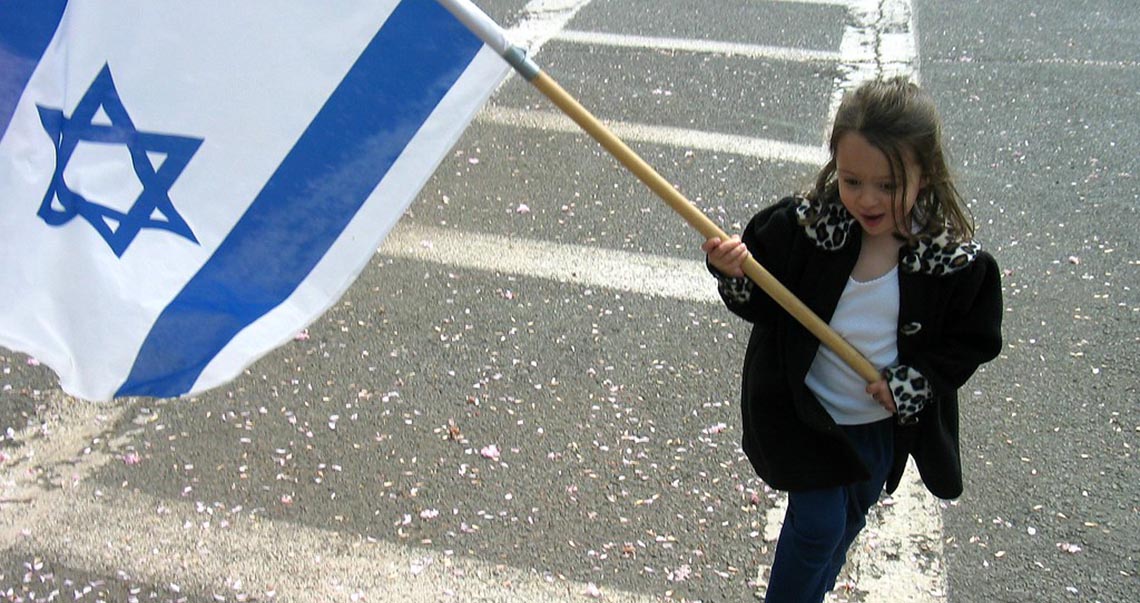 “Good Is Our Portion”: A Reflection on Yom HaAtzmaut

Assessing the project of early 20th century Zionism, noted historian Amos Funkenstein observes that “the only faith common to all Zionists was faith in the collective creative potential of the Jews.”  Vestiges of the array of disparate Zionist ideologies, well captured in Arthur Hertzberg’s classic, The Zionist Idea, can be seen in the many political parties in Israel that champion a range of visions of life in the now 72-year old Jewish state.  Notwithstanding unresolved internal and external tensions, in words that are part of each day’s early morning prayers in traditional Jewish liturgy, “good is our portion” to experience the remarkable phenomenon that is Medinat Yisrael (the State of Israel).

On the 5th of the Hebrew calendar month of Iyar, corresponding, this year, to April 29, David Ben-Gurion, in 1948, proclaimed the establishment of the State of Israel.  The declaration, broadcast from Tel Aviv on a Friday afternoon as the British were leaving Palestine, reads in part:

“The State of Israel will be open to the immigration of Jews from all countries of their dispersion; will promote the development of the country for the benefit of all its inhabitants; will be based on the precepts of liberty, justice and peace taught by the Hebrew Prophets; will uphold the full social and political equality of all its citizens, without distinction of race, creed or sex; will guarantee full freedom of conscience, worship, education and culture; will safeguard the sanctity and inviolability of the shrines and Holy Places of all religions; and will dedicate itself to the principles of the Charter of the United Nations.
………………
We offer peace and amity to all the neighboring states and their peoples, and invite them to cooperate with the independent Jewish nation for the common good of all.  The State of Israel is ready to contribute its full share to the peaceful progress and development of the Middle East.”

Now in its 8th decade, Israel continues to work toward fully realizing those ideals, just as the United States and other democracies strive to achieve their foundational aspirations.  For those of us who, at one time, memorized the Gettysburg address, it is easy to recall that “four score and seven years” after the establishment of a nation “conceived in liberty and dedicated to the proposition that all men are created equal,” a “great civil war” was being waged in the United States, with the continuing enslavement of human beings – bought and sold as chattel – at issue.  “Good is our portion” that the State of Israel has, over its 72 years, made great strides in giving expression to its founding pronouncements.

On a visit to Israel, a number of years ago, I visited the (then) recently constructed Supreme Court building.  Once inside, I went into a courtroom to observe proceedings that were in progress.  The case involved an Arab farmer, across whose land the State had routed a barrier, as part of a major security project.  At issue was whether national security needs could be met while moving the fence such that it would leave the individual’s property wholly intact.  Though I don’t know the resolution of the case, that such a matter was being heard by the court is not something that, among the nations of the world, one can take for granted.  “Good is our portion” that such a “day in court” reflects the ethos and practice of the State of Israel.

Theologian and Jewish legal scholar Eliezer Berkovits settled in Israel, in 1976.  Though recognizing that “a democratic society in our phase of history is by its essential nature a secular society,” his hope was that the wisdom and ethical underpinnings of Jewish law could contribute to addressing the myriad challenges facing a sovereign Jewish state.  While frustrated at what he considered an ossified rabbinate unready to appropriately relate to “this new hour in the history of the Jewish people,” Berkovits appreciated that Israel, as all nations, was a work in progress; he devoted his energies to furthering the vision that animated him.  Whatever one’s orientation to the particulars of Israeli political, religious, social or economic life, the occasion of Israel’s Day of Independence is, as Berkovits – who fled Berlin, soon after Kristallnacht – well understood, surely worthy of the affirmation “good is our portion,” and more.

Postscript: Eliezer Berkovits (1908-1992) a rabbi and philosopher, was a prolific writer.  After leaving Berlin, he spent the war years in England, and then moved to Sydney, Australia, before relocating to the United States, where he served as Professor of Jewish Philosophy at Hebrew Theological College, in Chicago.  During the course of his quarter century in the United States, Dr. Berkovits critiqued Jewish educational trends (of the period 1950-1975) that he felt seriously missed the mark.  His critique was prescient, and many of the issues that he raised have, in the ensuing decades, been well addressed (good is our portion!).  For those who might be interested in Berkovits’s reflections on Jewish education, the attached article explores this subject.

Oct 26, 2020
Election Stress Disorder: How to Help Yourself and Your Family

Oct 20, 2020
BJE’s JKidLA a Vital Resource to Families During Pandemic