"Priests and Prophets”: An Appreciation 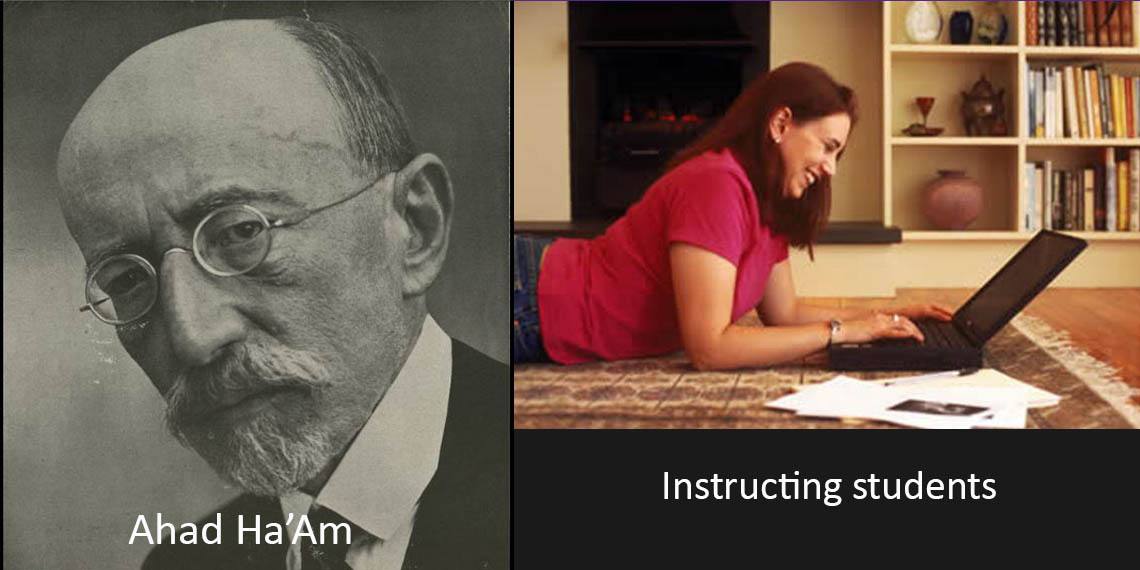 "Priests and Prophets”: An Appreciation

One of the great thinkers of late 19th/early 20th century Zionism was Asher Ginsberg (1856-1927), better known by his pen name, Ahad Ha’Am (“one of the nation”). Primarily an essayist who championed the proposition that the movement of return to Zion must begin with a revitalization of Jewish culture, Ahad Ha’Am profoundly influenced such younger Zionists as Chaim Nachman Bialik and Chaim Weizmann. Born in the Ukraine, Ahad Ha’Am relocated to London to serve as agent of the Wissotzky Tea Company and, eventually, settled in Tel Aviv.

Among his many essays, Ahad Ha’Am published a piece titled “Priest and Prophet” (Kohen ve-Navi). In it, he describes two types of leaders. Of the prophet, he writes: “a certain moral idea fills his whole being;…it engrosses his attention.” As to the priest, “The priest desires to perpetuate it (the idea) but…takes a wider view of the relation between the idea and the facts of life. Not what ought to be, but what can be, is what he seeks.”

As Pesach approaches, and we reflect on the narrative of the exodus from Egypt, Moses and Aaron come to mind as archetypes of these dual and sometimes complementary roles. At the same time, I cannot but think, in this connection, about the extraordinary leadership of heads of Jewish schools and teachers throughout greater Los Angeles, in these weeks before Pesach. Confronted with a need to thoroughly reimagine how instruction is offered and student learning facilitated, school personnel have functioned as both prophet and priest, maintaining a clear focus on educational outcomes while effectively relating to altered facts on the ground.

Pesach is largely about education; it is, also, about gratitude. The instruction to “tell your child” is given expression in the haggadah (“telling”) that we recount and experience at the seder. In the course of that narrative, we express gratitude for redemption from slavery and additional gifts that we enjoy (this is the theme, for example of “dayyeinu”).

The weeks leading to Pesach have presented unanticipated challenges to parents and families. Throughout these weeks, educators – while negotiating the same challenges in their own households – have been deeply invested in ensuring that the learning needs of children at Jewish schools are well served. They will use “spring break” to prepare for the weeks ahead. We cannot know when more conventional educational patterns will resume. ”In every generation,” though, and, especially during difficult times, we are fortunate for the enduring partnership of parents and teachers in the education of our children.