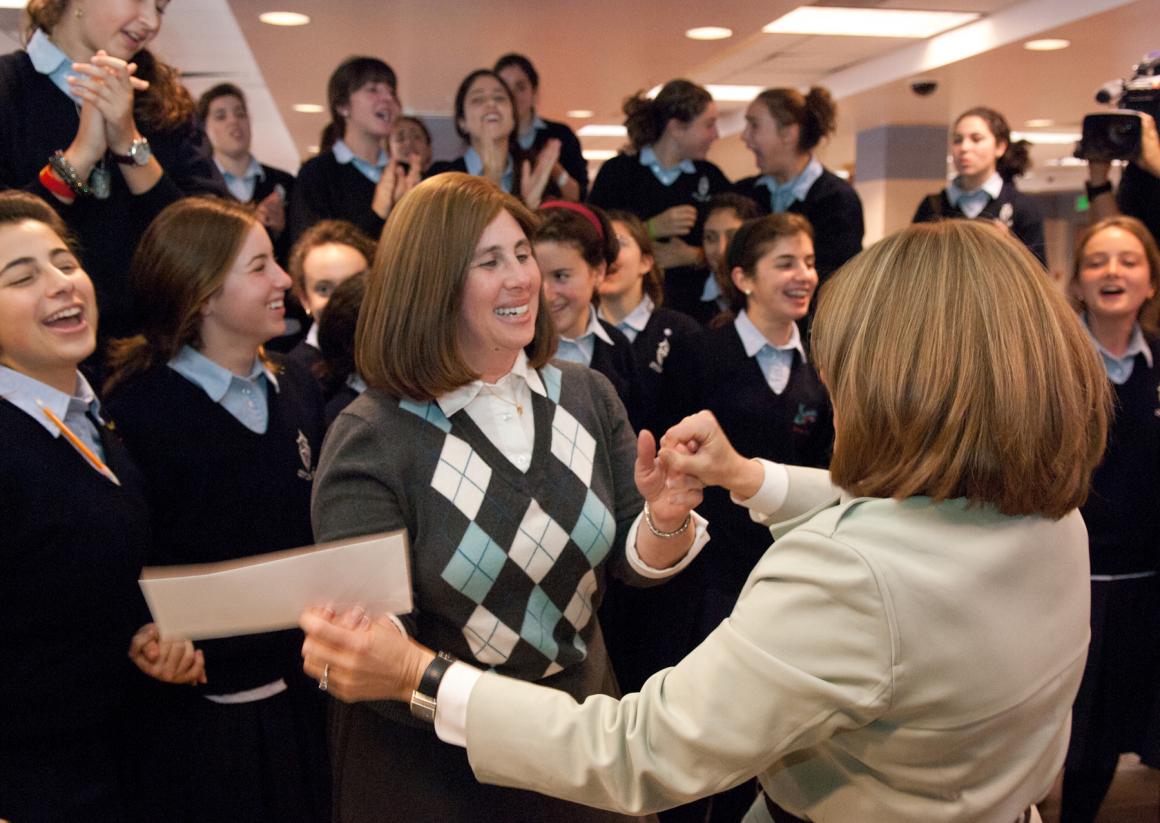 All too often, educators – who are so vital to the learning experiences of students – are not recognized for the significant work they do. Through the generosity of several community philanthropists, BJE is able to recognize excellence in Jewish education by honoring exemplary educators in the Greater Los Angeles community.

Lainer Awards
The Lainer Awards were established in 1997 by the late Simha and Sara Lainer, long-time supporters of Jewish education. These annual awards recognize exemplary Jewish educators in both early childhood and religious schools (part-time, complementary schools). They are presented to veteran educators at BJE affiliated schools. Each recipient receives an award of $2,500.

Smotrich Awards
In 2002, Dr. Marvin & Mehry and Thom & Iris Smotrich established the Smotrich Family Foundation Award of Merit for excellence in teaching in both early childhood and Religious schools (part-time, complementary schools). The Smotrich Award recognizes "up and coming" teachers in the field. This program offers annual awards of $1,000 each to two educators based on their demonstrated excellence as teachers. The schools employing the award-winning educators receive $500 in honor of their teachers.