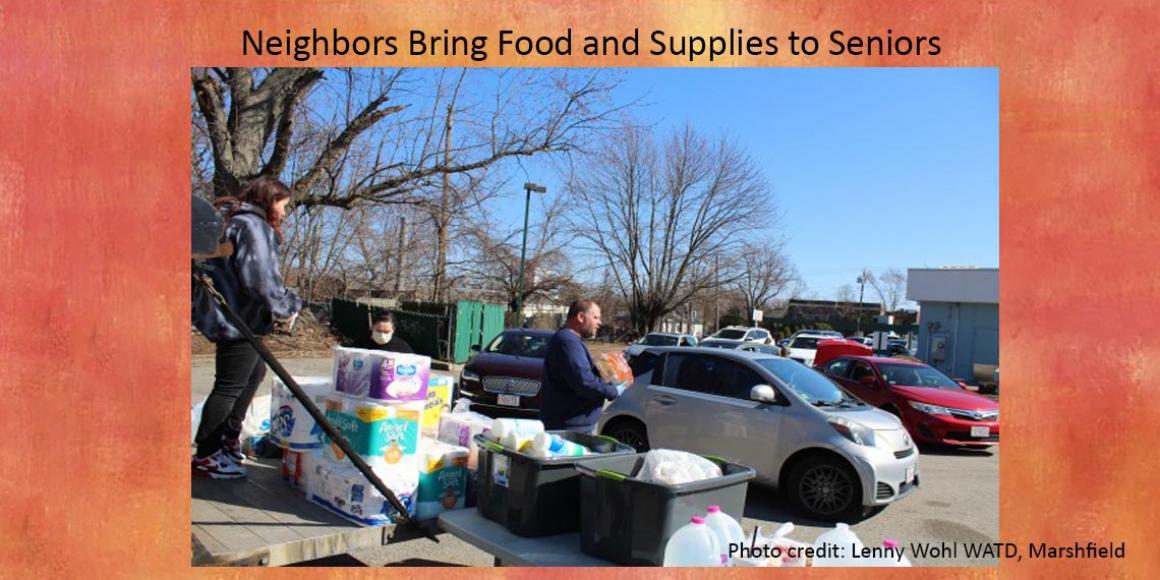 Robert Havighurst is credited with having popularized the term “teachable moment.”  Teachable moments are both a function of developmental stages and situations that lend themselves to engagement with particular issues.  My thoughts turned to “teachable moments” as I read a letter signed by dozens of school and synagogue leaders calling on their communities to provide assistance to the elderly and homebound, particularly at this time.  Part of their message was to educate children by including them in this effort: “let them see you writing a check, making a donation, using Facetime to check on somone.  The Jewish notion of kavod (respect/honor) for our elders is something we all share.”

The deeply-rooted Jewish value of respecting elders is, fortunately, not exclusive to Jews.  My healthy, independent nonagenarian parents shared with me how touched they were that their neighbor – whose Christmas lights shine brightly each December – had knocked on their door bearing hand sanitizer, inquiring about their health and any needs they might have, all the while maintaining appropriate (physical) distance out of concern for their well-being; this, in addition to several Jewish friends on the block who have regularly been in contact and volunteered assistance.  After speaking with my parents, I called one of my children, an alumnus of one of the schools promoting outreach to the elderly and homebound, who mentioned that he had gone out for some provisions and purchased “extra,” to bring to the 85-year old homebound neighbor who lives in the apartment below his New York City “walk-up.”

Reflecting on a situation that is, so clearly, a teachable moment, I thought about this week’s launch of the reading of the third book of the Torah, Leviticus, in the cycle of Torah study.  Leviticus devotes considerable attention to sacrifice.  The Hebrew word for sacrifice, “korban,” actually comes from the word “karov,” meaning “near.”  A person who brought a sacrifice – whether, for example, of thanksgiving or atonement – did so not as a perfuntory act, but as a means of drawing closer to the One to whom the sacrifice was offered.

Humankind, in Jewish tradition, is to imitate God by walking in God’s ways.  Jews are instructed to perform acts of kindness such as those ascribed to God. It is, of all places, in the Book of Leviticus, so filled with rituals, that we read: “love your neighbor as yourself.”  Drawing near the One to whom sacrifices were brought is achieved by extending ourselves to others, each of whom, the Torah teaches, is created in God’s image.

The educational historian Lawrence Cremin aptly defines “education” as “the deliberate, systematic and sustained effort to transmit, evoke or acquire knowledge, attitudes, values, skills or sensibilities as well as any outcomes of that effort.”  The present moment is, without question, especially challenging.  Kudos to those who, while “safe at home,” teach their children and students to draw near – in safe yet significant ways – to individuals who need their help.  The impact of such education transforms the present and points toward a brighter tomorrow.