From Sinai to Krakow and Beyond Shavuot and Jewish Vitality 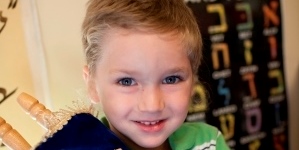 From Sinai to Krakow and Beyond Shavuot and Jewish Vitality

The Shavuot (“weeks”) holiday is multi-faceted.  In the agricultural cycle, it celebrates the end of the wheat harvest; hence, the name hag ha-katzir (holiday of reaping).  It was also, historically, the beginning of the season for bringing first fruits to the Temple in Jerusalem; hence, the name hag ha-bikkurim (holiday of the first fruits).  Yet another facet of Shavuot is its association with the Israelites’ receiving Torah at Sinai; hence, the name zman matan torateinu (time of the giving of our Torah).   The passage of time between Pesach and Shavuot is marked by the counting of days and weeks from the second night of Passover to 50 days later, the start of Shavuot; hence, the Greek name Pentacost for this short but multi-layered holiday.

During the weeks between Passover and Shavuot, two twentieth century additions to the Jewish calendar -- yom ha-shoah (Holocaust Remembrance Day) and yom ha-atzma’ut (Israel’s Day of Independence) – are commemorated.  This year, as part of BJE March of the Living, I accompanied a Los Angeles group that traveled to Poland for one week, followed by a week in Israel, surrounding reflection on these pivotal events in contemporary Jewish history.   We joined thousands of people from dozens of countries in this experience.

One particularly memorable stop was the city of Krakow.  Serving as the headquarters for German rule over Poland during World War II, Krakow – unlike Warsaw -- was largely unscathed during the war.  That said, nearly all its 60,000 Jewish inhabitants were murdered.  When I first visited Krakow, in 1996, democracy – following decades of Communist rule in the aftermath of World War II – was a recent phenomenon.  Few expressions of Jewish life were visible.  I recall having visited a Jewish museum and remarking that Hitler’s vision of killing Jews and maintaining a museum of the relics of the extinct “race” seemed to have been all but fully realized in the region.   Twenty years later, a vibrant Jewish Community Center, Jewish educational activities and religious services at multiple locations were very much in evidence.   Three generations post-Hitler, more than a few, young Polish Jews – some of whom had learned of their roots from elderly grandparents who had long withheld this “secret” – were reclaiming their heritage.

The Torah narrative read on Shavuot starts with the scene of the encamped, recently freed Israelites on the threshold of hearing the ten commandments.  The people Israel is instructed to be a “kingdom of priests” (Exodus 19:6).  Lord Jonathan Sacks, former chief rabbi of the United Hebrew Congregations of the British Commonwealth, notes that in premodern societies, priests held a virtual monopoly on literacy.   That all Israel is to be a “kingdom of priests” bespeaks an educational agenda for all members of Israelite society.  It is in keeping with this enduring charge that Jewish educational engagement is part of the re-awakening of Jewish life in Krakow, today.

It is Jewish learning – through study, experience and reflection – that is the wellspring of Jewish vitality.  How fortunate are those of us with the continuous, unrestricted opportunity of engaging with the wisdom of our heritage as a source of meaning and inspiration.  Shavuot reminds us that the freedom of Passover is a starting point; that Jewish education is an essential dimension of Jewish living, enabling Jews to contribute to the communities of which we are a part, from Sinai to Krakow and beyond.